I came across a report recently about a beach somewhere in Germany that forbids sandcastle making.  A little odd I thought and surely one that’s very difficult to police.  It seems a natural thing to do when you’re sitting on lovely golden sand, to pile it all on top of each other and make a sand hill or a sand lump optimistically labelled as a sand castle.  A trip to a beach is never complete without a bucket and spade and the endless trek to the water’s edge to gather some of the sea to help mould the pile and form the masterpiece.  It’s a fun thing to do regardless of age, gender or size.   So why then was it forbidden in this place?  The ban appears to have been put in place as a safety precaution.  A sand castle is a highly dangerous entity apparently.  Especially in the deepest darkest night when one is apt to take a stroll along a beach and injure themselves off a mighty sand creation.  I’d have thought that in a battle between a sandcastle and a human that the human would undoubtedly win, day or night, but it appears that isn’t always the case.  The German authorities in the particular area in question have designated the innocent sandcastle as a hazard and a dangerous item to be avoided at all costs, in the interest of safety.

So what other fun things could the children do on the beach if they were forbidden to make sandcastles?  Well, there’s always kite flying.  Beautiful intricate creations with trailing ribbons, miles and miles of string and wooden frames; I mean what could possibly go wrong here?  It’s a good chance to run down the sand, carefree and full of fun with the little ones shrieking in excitement as you let go and watch the lovely kite soaring into the sky.   Not if you are anywhere near Bridlington Beach in the UK apparently as kite flying has been banned here.   Someone could be hit by a kite in free fall; someone could even get themselves tangled in the lines while tripping over an offensive sand castle.  The possibilities for disaster are endless, best to just cancel all fun here, just in case. 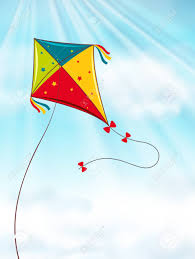 But is this health and safety gone a little far?  In some school grounds the children have been forbidden to run in case they fall over and footballs are banned in some other schools for fear of a child getting hit by the ball. Lots and lots of seemingly fun and innocuous pastimes have been hit with an epidemic of health and safety excuses.  Yes, the children could fall in the schoolyard and break their front teeth.  Yes they could get a bloody nose from a stray ball and yes they could easily fall into a hole in the sand and twist their ankle but is that a good enough excuse to keep them inside or keep them sitting down and quiet?  Accidents will happen.  That’s the nature of life.    Equally in the workplace, there is always a possibility of a steam burn while you make your coffee but does that constitute a requirement for a risk assessment of a kettle?  Where’s the common sense in all of this?  Where’s the possibility of using our brains and accepting that accidents happen.

Watching them out and about when they are small would put the fear of God in you sometimes.  They think they are invincible and indestructible and nothing phases them.  I, for one, have no interest in curbing their sense of adventure and confidence in their ability.  I want them to be able to go out and play all manner of sports and climb those mountains if they so desire without fear of disaster and calamity.  In the end, they are a bit like Humpty Dumpty except all the Kings Horses and all the Kings Men, cleverly disguised as their ever loving parents will put them back together again.  What’s the alternative?  Let them stand by and watch instead?  Not likely.  They will learn their limits themselves in their own time but to stop them experimenting and having fun in case of accident will only dull their senses and make them immune to real danger instead.  So, play on, for now and let’s just hope that common sense prevails.